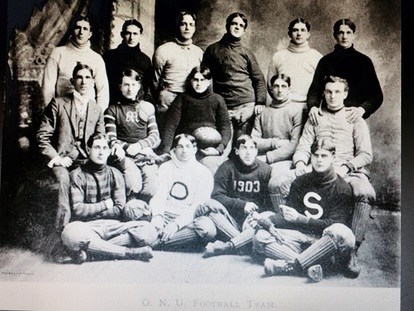 Throughout its history, Ohio Northern has only had 27 head football coaches and currently Head Coach Dean Paul is the second winning-est head coach in the history of the program. He is just behind Tom Kaczkowski who is the longest tenured head coach at Ohio Northern at 17 seasons (86’-2002) and compiled a record of 93-79-2. Coach Paul who is in his 13th season at Ohio Northern came into this year only 9 wins behind Coach Kaz and should over take him next year for the most wins in school history.